After the usual protracted discussions, the City Fathers seem to have officially given the go-ahead to replace Dirty Dillons with a shiny new Dillons complete with a "more architecturally interesting" design (Chip: "That means 'quirky.'") and a controversial drive-thru pharmacy along New Hampshire Street.

Commissioner Mike Dever offers this quote in the LJ-World: “I don’t mean any offense to the people who work there, but this is one of the worst retail centers we have in the city currently. It is just horrible. It is an island of concrete. The look there is nothing we want to preserve."

Chip: "But isn't the look of Dirty Dillons in keeping with the kind of charmingly dilapidated feel which makes that area and the Eastside so 'special.' Won't a gleaming new Dillons look a bit like a rose surrounded by toadstools?"

In the talkback, Whatadrag says: "I went there once last summer. I've never seen so many shirtless people shopping."

Presumably the new store will be a bit more strict on the usual "no shirt, no shoes, no service" policy of most retail establishments, though we rarely saw violations of the "no shoes" rule at Dirty Dillons, perhaps because of the broken glass and syringes littering the aisles?

Behold, the Dillons of the future...today:

---
We haven't been particularly interested in the last few weeks of Style Scout, but today's visit to KU provides a few insights into local student culture, though Chip was hoping for a peek inside the fashion of sorority houses (Chip: "No, I am not the mysterious campus "shower peeper.'").

George Hart thinks of himself as "a conservative, shy Kansan trying to channel his inner Ziggy Stardust" and describes his fashion influences as "Civil War-era gents and the amphetamine-abusing Bob Dylan of the mid-'60s." He'd like to see more "Lord of the Rings"-fantasy-kid types" in Larryville.

Richard: "Agreed on the last point. I'd much prefer that scenesters gather in the park for some LARP as opposed to kickball."

Chip: "What the fuck is LARP?"

Here's Hart, who doesn't quite resemble either a 19th century dandy or David Bowie in this particular photograph: 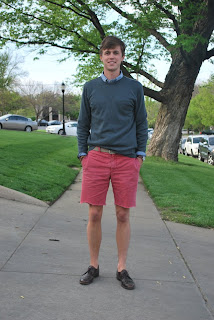 Tessa Califano is a rare Scout subject whose style actually seems to match her description of it: "trendy and bohemian. I love loose-fit, flowy clothing." She has three tattoos (including "Fede Speranza Amore") and has her "tragus and ears pierced."

Chip: "I briefly thought 'tragus' was a part of the female body I wasn't familiar with, but then I realized it's part of the ear. Also, I'd wear the hell out of that jacket. But maybe not in southeast Kansas." 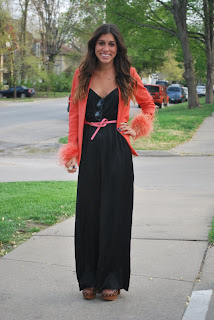 And the Masonic Temple might be renovated for use? What's happening to the dirty and non-functional Lawrence institutions that I've gotten so used to? I'm getting too old for these radical changes...

Gentrification is so hip right now.