Weekend Scenester Picks (Music, Comedy, and Legends of the Phog) / We Peruse the Oxford Companion to Beer

Between Oktoberfest celebrations, acclaimed young stand-up comedians (Donald Glover at the Lied Center), and Legends of the Phog, there's plenty to keep you occupied this weekend. Has anyone heard if Legends of the Phog will be accompanied by recreations of legendary off-the-court events, such as the campus brawl or Collins whipping his dick out on an elevator?

On the music front, our KC connection @GregoryStitt, who writes the Riot on the Plaza site , tweets that we should check out the "dark chillwave" of Grave Babies at the Replay on Saturday.

Let's check in with an interweb review:

They had us at "depressed poet's diary."

For the hippies (and the kinky fuckers who find us through Google search results), Ashes to Immortality is opening for Truckstop Honeymoon at the Granada tonight and they are the likeliest bet in town to have a barefoot lady fiddler.

And Cowboy Indian Bear is at the Replay for a rocking Sunday matinee with Spirit is the Spirit and Caroline Smith and the Good Night Sleeps, who look like this: 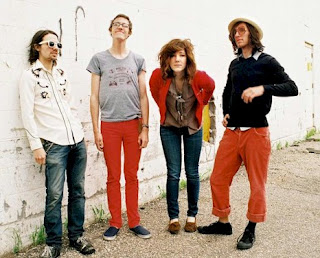 "In this one volume are clear-cut explanations of various expressions of beer. The book decodes traditional styles that, even though they have been around for centuries, have not been well understood or explained, as well as styles that have been rejuvenated or invented in the last 20 years, like sour beers, barrel-aged beers and double I.P.A.’s. There are profiles of noted and historical figures, and discussions of controversies over nomenclature. Brewing techniques are broken down, some recognizable, like dry-hopping, and some that may be of interest only to brewers, like decoction, an intensive method of blending water and grains to begin the brewing. For browsers, the book is a treasure trove" (NY-Times).

We're ordering our copy today and there better be a full chapter devoted to the rise of hipster beers like PBR and Hamm's. 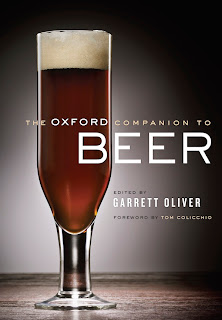