Courtbelle Wrestles With the Concept of Midget Wrestling / Plus, The Return of Chrissy Murderbot and Red Dog in Red Heels

We didn't make it out for midget wrestling last night. Instead, we decided to save our money for the inevitable moment when a "dwarf tossing" competition comes to Larryville, because we truly believe that we could toss a dwarf pretty fucking far. But lucky for us, Courtbelle braved the fratty crowds and witnessed the madness. Here's her review.

One is driven by human nature to see the spectacle of midget wrestling. However once you’ve actually seen it, you are immediately overwhelmed by the possibility that we are no longer human. What will the end of society look like? I mean, the exact moment when even the best and bravest of us feed individuality and self respect to the snarling jaws of calamity. What will be the precipitating factor in our inevitable long drop back into the dark ages? What will finally force us to wear football gear and chainmail in the dust blown streets of our Mad Max hellscape?

When half-naked, dirty-faced mole children ask, “Belle, what caused the fall of man?”
I will look deep into their soulless, scurvy eyes and say with absolute certainty –MIDGET WRESTLING.

I don’t mind the “violence”. And we can all agree that it isn’t exploitation since everyone is being paid. I can even let the weak drama of the shit-talking and bravado slide. But there was, at this event, a disturbingly long gimmick involving chicks of the lowest order from the audience and “simulated sex acts”. Hey, I like obscenity as much as the next guy. I realize that as a society we are clearly no longer willing to accept any norms of taste (or hygiene for that matter). But, I mean, Really?!!? I know that what I witnessed is going to be a deposit into many a frat boy’s spank-bank. But the rest of us can’t wash that shit out of our brains. As if I had watched Deliverance, there is now an inky ectoplasm drowning the part of my brain where puppies and rainbows once thrived. Chip would love it.

But other than that, midget wrestling was fun! You should go next time, it was only ten bucks!

Chip: "How about some pictures next time, Courtbelle?"

Things will be much more scenester-friendly at the Granada on Friday when Larryville welcomes Chrissy Murderbot back to town with open arms.

"Chrissy Murderbot is your friendly neighborhood Diplo: a pan-global dance synthesist who believes that backing an entire four-minute track with a looping police siren is a good idea."

Of course it's a good idea, Pitchfork! 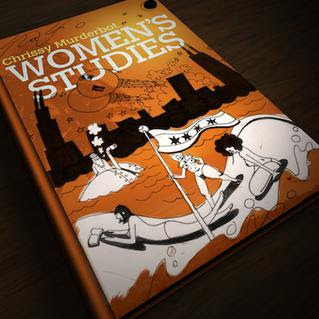 Also on the bill is Machinedrum, whose Bidnezz scores a 7.7 from Pitchfork:

"Dirty South crunk with the cubist contortions of Autechre and Mouse on Mars."

All this Pitchfork-approved awesomeness PLUS the antics of Bear Club? We'll see you on the dancefloor tomorrow. Bring your glow sticks.

Sometimes even the manliest men, such as beloved local fitness guru Red Dog, just want to feel pretty. Check out Red Dog strutting the track in his favorite red heels. 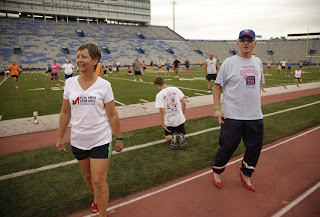 Seriously, though, this is for the annual Red Shoe calendar to benefit Willow Domestic Violence Center. We were hoping someone would nominate Chip as one of the local celebrities to appear, but maybe next year!
Posted by Nog at 10:23 AM