Here's what we learned at last night's "health care" edition (hospital horror flicks) of Horror Remix at the Bottleneck.

--Horror Remix will soon go from free to $1. But don't bitch, scenesters. It's still the best entertainment bargain in town.

--Any schlocky Canadian horror film is vastly improved by the presence of one Mr. William Shatner.

--"Amuck" is a word that always makes us giggle (as in: The killer is running amuck!). 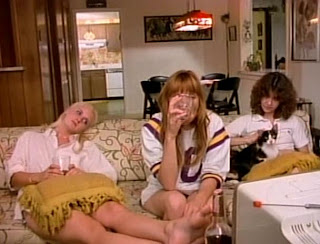 
If you're a local scenester, you're probably very excited by the news that Rooftop Vigilantes are (apparently) back together and poised to rock you again with their brief, blistering, drunken sets.

In the meantime, you should probably check out Oklahoma's Broncho at the Replay tonight. They work some of that same reckless rock and roll vein (but maybe catchier and poppier). The longest song on their album Can't Get Past the Lips clocks in at a lengthy 2:38. We predict the show will be so good that Zach actually stays in the room and runs the soundboard (unlike the patio bluegrass shows we tend to attend). Opening is Larryville's own Dry Bonnet. Rumor has it that they are very hip. 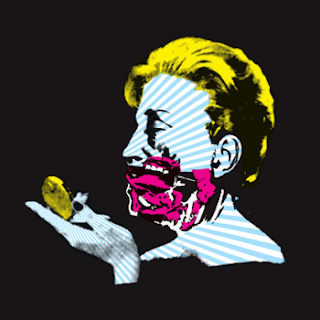