How We Spent Our Labor Day Vacation / The PBR Book Club Gets a Blog / Scenester Pick of the Day: Ganglians

Welcome back, readers. Just because we took a long Labor Day break doesn't mean we weren't keeping an eye on local events. Here's how we spent our vacation.

We stopped by the Sanctuary reunion party at the Replay on Friday where a (small) group of "Sanctuary people" (as they called themselves) gathered to remember their beloved 80's Larryville dance spot. But very few of them remembered how to dance, apparently, since the dance floor was largely empty during DJ Ray's set.

Chip: "The best song he played was that one from The Breakfast Club."

We stopped by Dumptruck Butterlips' Bottleneck set later on Friday to look at hippie chicks who enjoy dancing with hula-hoops. They played a song for Richard's birthday (thanks, Dumptruck!). Have you given some money to their Kickstarter campaign yet? $250 will get you "a piece of hand made costuming from Ziggy!"

On Saturday, we watched the Hawks win their first (and likely only) game of the season. Actually, we didn't "watch," since the fucking thing wasn't on TV.

On Sunday, we basked in the angelic voice of Gillian Welch and the guitar wizardry of Dave Rawlings at Liberty Hall. Wow.

And on Monday we gathered with the townies on Free State patio to enjoy the blessedly cool temperatures. In one corner, a group of folks sang along while someone strummed "Forever Young" and a Dead tune and a Wham song. In another corner, Father Joe told us about his experiences down South with Reverend Martin Luther King. We were enthralled. And a "kickball legend" listed for us his 100 or so best underrated films from the '80's. We've rarely met anyone who can quote "The Wraith" so extensively. Consider us impressed. 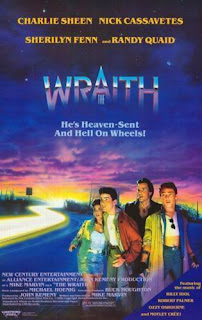 During our down time, we also created a new blog (we are so prolific!) which will be infrequent and devoted to our newest ridiculous project: getting people to read and discuss pretentious post-modern novels.

If you're not partied out from the weekend yet, you may want to catch a Pitchfork-approved early show at the Jackpot this evening: Ganglians. Their newest album, Still Living, receives a 6.9 along with this description:

"Still Living's cross-section of Byrdsian folk-psych, loose-limbed 80s indie rock, and fizzy Beach Boys-derived harmonies in the nouveau Grizzly Bear/Fleet Foxes mold finds the quietly confident Ganglians nimbly folding in one sliver of melody after another until their songs just glimmer...They're fine enough singers, but after a while, Still Living's reliance on ornate vocal kumbayas seem to weigh down its willowy music."

Chip: "I'm going to pass just because I fear the evening might actually erupt into a hipster kumbaya sing-a-long. I have nightmares about that scenario already." 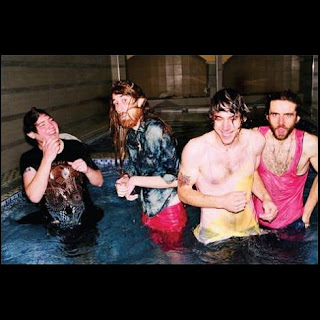