We've been hoping to catch up with the fast-rising six-piece Quiet Corral for quite some time, but they stay busy on the tour circuit and we stay busy drinking PBR.  But things finally worked out for a brief conversation with guitarist/vocalist Garrett Childers prior to their Friday (Oct. 26) show at the Granada with openers Communist Daughter and Skypiper.

Enjoy this chat in which Garrett tells us about a (literal) run-in with Rufus Wainwright and we encourage the band to abandon the lucrative contemporary "Folk Revival" circuit and apply their lovely harmonies to reviving a very "square" art form.


Chip:   There seems to be a whole new Folk Revival going on right now with a lot of earnest young bands like the Avett Brothers and Mumford and Sons.  Do you see yourselves as operating in a similar vein? Or are you secretly a bunch of snarky types below your kindly demeanors??

Garrett:  Haha, man, it's definitely really cool to be associated with bands such as Avett and Mumford - I know everyone in the band really admires both groups.  I think we probably operate in a similar vein.  However, we do try (whether successfully or not, who knows?) to put our own spin on the whole folk side of things.  Through not strictly using acoustic instruments and having a full drum kit and what not, we try to draw from some of our influences that are a bit more rockin', and make music that's not strictly folk.

Richard:   You’ve played some relatively high-profile gigs of late, as well as shows at odd venues (the Oread rooftop).  Tell us a funny or  quirky or titillating story about a gig.

Garrett:  Recently we got to play at Austin City Limits Festival, which was really cool and a huge honor.  But on the second day we were there I was back in the artist area and thought I'd be smart and try to find a quicker way out onto the festival grounds rather than just taking the same way we'd been using the entire time.  Naturally, I got totally lost and ended up in the area reserved for the big time acts, which I'm pretty sure I was not supposed to be allowed into.  Anyway, I turned the corner and almost ran headfirst into Rufus Wainwright, and stumbled over my words trying to tell him that I'm a big fan and enjoyed his set.  He was really nice, especially because I probably looked like a bumbling idiot.

Chip:  I enjoy the four-part harmonies.  Is it damn difficult to perfect that?  Do you think you guys practice a hell of a lot more than all the sloppy, drunken garage rockers?  Also, would you ever consider putting those harmony vocals to use in a genre that I personally find more preferable: the barbershop quartet.

Garrett:  Thanks, man!  It can be a challenge sometimes, but we've found that the longer we play together and the more used to singing together we get, it gets easier and easier.  And I don't know about how our practice schedule would stack up compared to other bands'.  We actually can get kind of lazy sometimes and go a while without practicing, and then scramble before a show or tour to try and tighten up again. And yeah, as far as I'm concerned this whole "Folk Revival" thing is overrated - Barbershop Quartet Revival is what this country really needs.

Richard:  Leave our readers with a few sentences that convinces they why they absolutely MUST attend the Granada gig.

Garrett:  Well, supposedly the world is going to end in December, so this may be our final show in Lawrence.  I'd say that's as good of a reason as any to come. 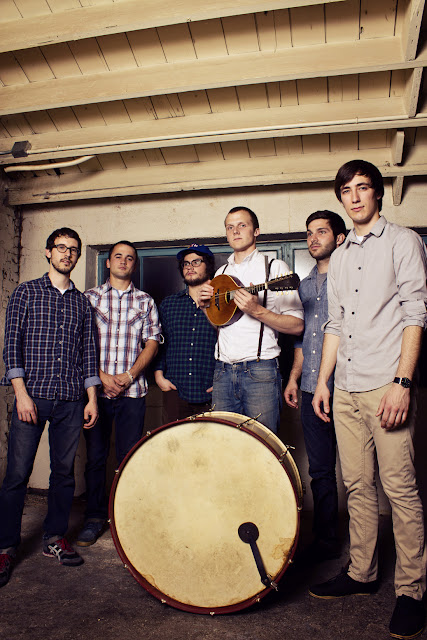 Since then, it's become an LC tradition that we ask the "Noise Boys" to send us a short and hilarious blurb prior to their Lawrence homecoming shows.   Here they are pimping their first-ever LFK Halloween gig this Saturday (Oct. 27) at the Jackpot:

"Factor in previous bands and awful solo projects, and the members of The Noise FM have been playing music for a combined duration of well over 200 years. And to think, in all of that time, the boys have never hosted a Halloween show. Oh, there have been holiday-themed shows to be sure. We host the Noise For Toys Christmas benefit every year for the kids, despite the restraining order. And there was the first and last annual Arbor Day festival we hosted last year which resulted in the destruction of over 200 acres of pristine forest in Wisconsin so we could reload our confetti cannon. Yet we’ve never had the chance to get spooky with it.

On Saturday, October 27 at Jackpot, The Noise FM is playing our first ever Halloween-themed show. And you can bet your ass we're gonna kick the Jackpot right in the balls with a load of new tunes. We’re even planning to learn some special cover songs for the night assuming we can take a break from this god damn Jurassic Park Theme Park Builder game we downloaded from iTunes. We’ll also have a Halloween costume contest, decorations, and probably apples bobbing in a vat of PBR.

Joining the bill are Lawrence bands Spirit Is The Spirit and Heartscape Landbreak, and Kansas City’s We Are Voices. The show starts at 9pm. Only $4 with a costume, $6 without."

We think it's safe to assume that the Boys will be costumed themselves in some amusing fashion, so make sure to check them out and take pictures.  We're also hoping that their famous kitty, Mr. Budget, will make a costumed appearance. 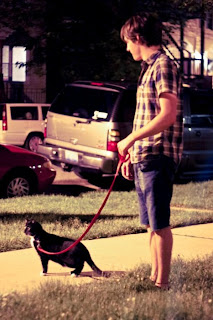