LFK loves Halloween and there's still three nights to fill with mischief.   Here are some options:

1)  Our friends at LPL are hosting a "Haunted Lawrence" event from 7:00-8:30 in which Kansas ghost experts will give you the scoop on local haunts like the Eldridge, Teller's, and Sigma Nu.  More info here

2)  It's movie night at Frank's and the pre-Halloween film is...The Shining.  We assume there will be a delightful rum-based Redrum cocktail in the works.

Horror Remix at the Bottleneck, Halloween-edition! 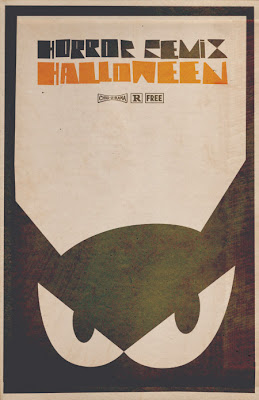 Granada:  There seems to be a sad lack of tribute bands this Halloween, but Foxy By Proxy's Halloween Extravaganza at the Granada will offer up not only the usual boobies that we love so well but also...a Black Sabbath tribute!


Frank's North Star:   Late night at the Replay has always been the premier Halloween destination in LFK, but will Frank's North Star give them a run for their money this year?  It's quite possible.  Here's the info from the FB event page:

"We're opening up our basement, if you know what I mean. Rock out with Monzie Leo and the Big Sky, Dear Rabbit, Olassa, Drakkar Sauna, Long Shadows, and Black Christmas!"

Replay:  Those more prone to tradition can stick with the Replay, which will certainly have surprises in store with a solid line-up featuring Dean Monkey and the Dropouts (they love costumes even on normal days), Up the Academy, the Gleaners, and This is My Condition.

Jackpot:   catch the chiptune/rock stylings of Anamanaguchi, a band you've probably heard while playing Scott Pilgrim: The Game, you dorks!

Bottleneck:  Those more inclined toward a Halloween hootenanny can catch an evening with Deadman Flats.

Tap Room:   Will the Vigilantes perform a furious 30-second take on Monster Mash at the Tap?  Check them out along with The Copyrights and The Rackatees. 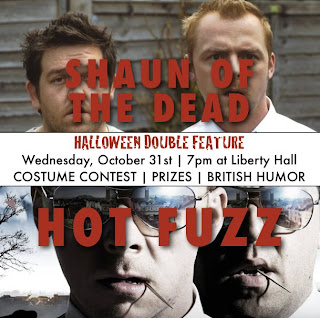 LAC:   EMU's HorrorShow has become a Halloween tradition for many (we're sporadic attendees), and this year's poster is terrifying.  Look away quick if you fear clowns!  There's a Halloween night performance at 7:30. 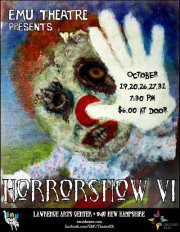 Who'd we leave out?