Our Interview with White Ghost Shivers: "Free Boner Showing Backstage After the Show."

You should catch them at the Granada this Saturday alongside Clyde and Clem's Whiskey Business and (the always delightfully silly) KC Bear Fighters.

We spoke with White Ghost Shivers' front man Shorty Stump about their influences, their penchant for short-haired girls, and (to Chip's delight) boners!

Shorty:  We sound like Bugs Bunny pissing off that opera singer, meets Tom the Cat slapping a bass and pissing off Jerry the Mouse, meets Betty Boop getting fucked from behind.

Shorty:  Yes, it is a bit of a true story.  I've had it for short haired girls in a big way for years, I suppose from my love of the 20's and the flapper look. I wrote that song after meeting my ex-girlfriend of four years. She really knocked my socks off and that song just came oozing out of me. I do have a recent appreciation for women with longer hairs though!

Richard:  Your lyrics and sound are certainly rooted in “old-timey” musical traditions, and the album artwork for Nobody Loves You Like We Do seems to suggest classic images from old Hollywood serials (the woman tied to the railroad tracks).  Are you influenced  a lot by film and/or theater in your songwriting too?

Shorty:  Absolutely! Silent film, early talking pictures, and musicals have a big influence on us, hence the Mabel Normand reference on the cover of our album. Cella also did some theater when she was a lass, and I've been dabbling in theater a bit for the last four years.  Also, classic vaudeville of all kinds has always been big to us.

Richard:  Is it true the band is going to appear on America’s Got Talent?  Can you give us any teasers about this?  And did you meet Howard Stern?

Shorty:  It is true that we performed one performance for them, which we intended as a joke, and we hope our fans get it, but, other than that, we can't really say anything else by law.  We didn't meet Howard officially, but we did meet all three of them while on stage.  I think Sharon had a crush on Smokebreak. I wish I could say more. Some day!

Chip:  We’ve seen a few White Ghost Shivers shows in the past, and the ribald lyrics often crack me up, such as the goofy incest jokes and references to “going down south” in “My Land.” [watch the video here]. Will there be any boner jokes at the Granada show and what’s your personal favorite raunchy line from one of the songs?

Shorty:  Well, I'm trying to think of any boner jokes that we've sang about in the past, but now that you mention it, I'll personally make sure there will be several references to boners just for you. We will also be having a free boner showing backstage after the show.

Richard:  Tell our readers who may not have experienced a White Ghost Shivers show before what they can expect at the Granada and how they should prepare for the experience.

Shorty:  Boners. You can expect lots of boners. I would say the best way to prepare for this is to bring some lube.

Chip:  Do you believe in ghosts?

Shorty:  Not usually. They tend to be liars. 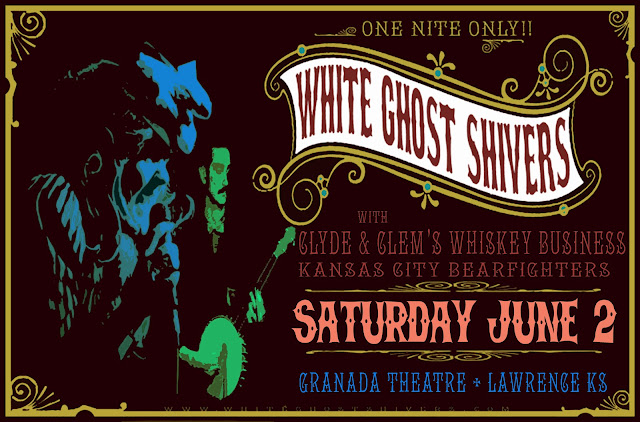 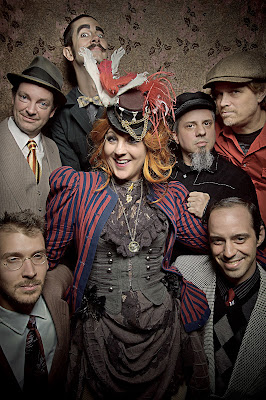