Readers, we saw a lot of great art at May's Final Friday.

Amber Hansen may be forever associated with chickens in this town after her recent controversial project, but we totally enjoyed her pieces at the Arts Center's "Body of Work" exhibit, particularly this video piece of her rolling down a hill.

Chip:  "It's a really jubilant celebration of the fluidity and grace of the human form and of humanity's constant forward movement.  Also, I could totally see her panties."

Resident feminist expert Bananasuit was quite taken with another piece by Hansen.  But $3200 bucks was a little out of all of our price ranges.   We could buy 1,422 PBRs at the Replay for that price. 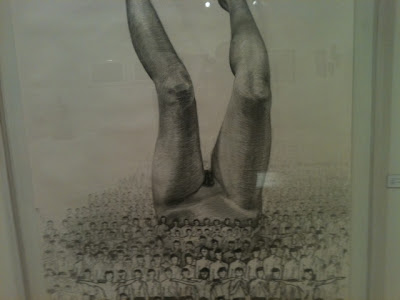 There were also plenty of tasteful nudes on display by all of the artists in the exhibit.  It was really hard to get Chip to leave the Arts Center.  (yes, "hard" was deliberately chosen in that sentence). 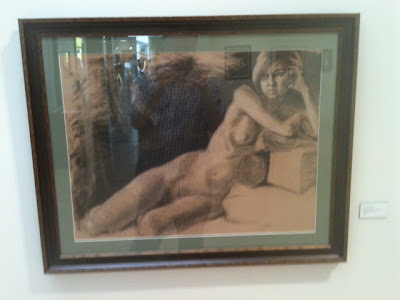 Eventually we retired to the Pig, where Bananasuit was less pleased with the "second wave" feminism on display.  Indeed, "second wave" is our least favorite wave of feminism.

But sometimes we get bored of art that just sits politely on the wall, and we get a craving for art that rolls along the street looking weird as fuck!  Today's Art Tougeau parade more than satisfied our needs.

Some old favorites were on hand, such as the Shark Bike:

And there were giant mermaid boobies:

And then there was some crazy apocalyptic Mad Max/Planet of the Apes-style business. The sign on the vehicle says "Man is Evil / Capable Only of Destruction.  This was Richard's personal favorite, but Chip was annoyed by a social agenda getting in the way of his enjoyment of hilarious rolling art. 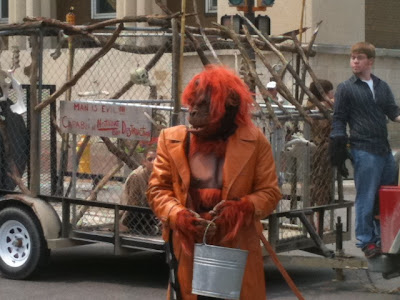 Tonight's best bet appears to be Cloud Dog's "epic" album release party at the Bottleneck (with Spirit is the Spirit and Glass Masks).  We predict a hot and sweaty drumming extravaganza performed by dudes who look like this: 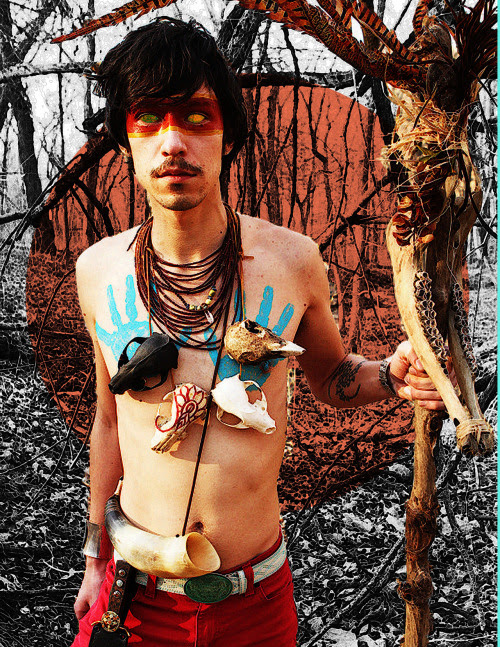 Check out this site for more info on Cloud Dog and visit the FB event page for tonight's show here . 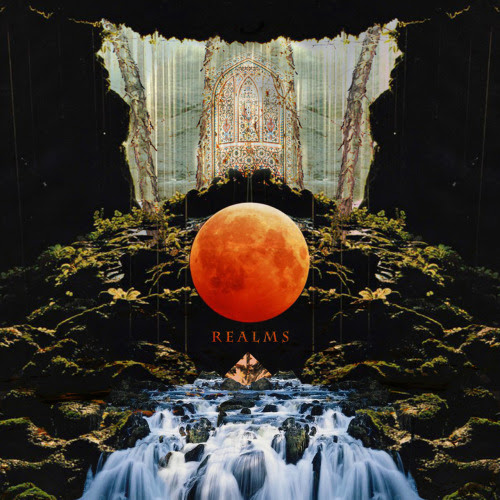