The Nerd Nite origin story was delivered by a former presenter, Germaine, whose lecture on bicycle accidents in Madison, Wisconsin was included in Larryville's very first Nerd Nite.  These days she's collecting stats on LFK bicycle accidents, some of which, she claimed, are caused by possible Taylor Swift-sightings.  We can certainly believe it, since a fair amount of visitors to this blog arrive by Googling things such as "Taylor Swift crotch shot" and "Taylor Swift hot ass."

With subtitles such as "When Shit Gets Obsessive" and "When Shit Gets Crazy," Nick's presentation took us through the creation of vinyl to the moment when record geeks are spinning sometimes wackily-shaped records in their basements (Coalesce has a record shaped like a sawblade!) to the re-commercialization of vinyl  in the form of events like Record Store Day.

Favorite moment:  Nick said something along these lines, "When you listen to records you're hearing it physically", then touched his heart, leading half the nerds in the room to say "Awwww" as if they'd just seen a cute puppy.

Keep tabs on Nick's adventures in vinyl at Rock Star Journalist over here .

As expected, Rob's presentation was one of the funniest of the Nerd Nite presentations we've yet seen.  Beginning with a confession that he'd swiped most of his bio material from Soulja Boy's Wikipedia page, Rob traced the history of the interweb from its early, "fucking boring" days when websites were constantly under construction and marked with a simple "under construction" GIF (perhaps the most famous of GIFs) up to the wonderland we know and love today, where people like Rob entertain us with hilarious GIFs of Lindsey Lohan with bees coming out of her mouth (see below).  Rob's presentation also contained perhaps the evening's most trenchant philosophical idea:  the idea of a GIF as a "moment going on forever."   If the audience was anything like us, they left the room inspired to make a slew of ridiculous GIFs of their own (look for the first official Larryville Chronicles GIFs this summer!).

Keep tabs on Rob's GIFs at his Tumblr page .

Beginning with the (correct) assertion that Blade Runner is "possibly the best film ever," Nate's "history of hackers" broke the subject up into "makers" and "breakers," touching on important moments in hacker history  (the MI6 cupcake incident) and exploring the grey areas of the subject.  Was the audience engrossed?  Yes.  But they were especially engrossed by the hilarious and obligatory reference to the 1995 film Hackers starring a very young Angelina Jolie, which inspired an interesting question in the Q&A: does Hollywood ever get the subject of hackers right?  Nate's answer:  No (with the possible recent exception of Fincher's Dragon Tattoo film). 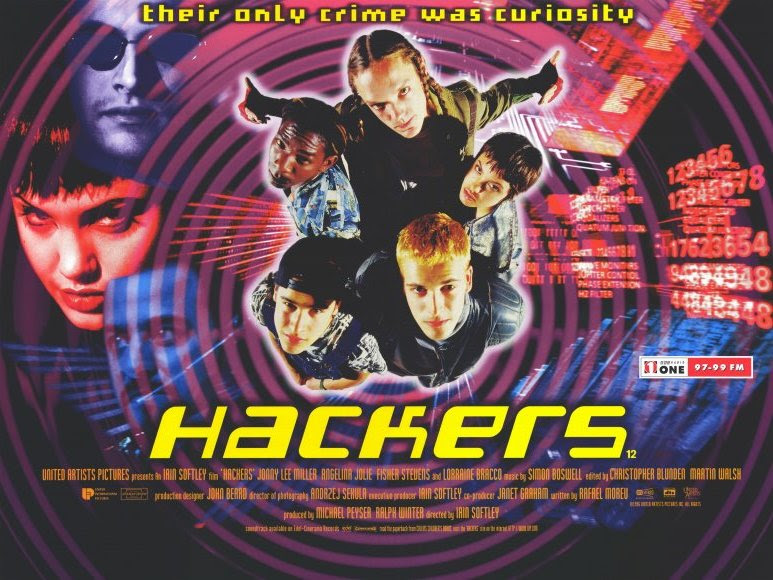