Readers, we're pleased to welcome back Captain Chanute to the LC today.  It's been far too long since he penned a piece for us!  In this new entry, he surveys Portland's hipster scene.  Sadly, he did not return with the photos of Carrie Brownstein we requested, but otherwise he did a bang-up job Chronicling the complexities of the city.  And if LFK doesn't start a "mooshball" league after reading this article, we'll be very disappointed indeed.  Enjoy!

A Larryville Hipster in PDX

If one is not familiar with PDX’s layout [that's what the locals call it; anyone for calling Kansas City ‘The MCI’ from now on?], the city is split into four quadrants along the Willamette River and Burnside Avenue: SW (downtown), SE (pretty hip, dude), NE (kind of Nirvana meets Transmittens [Chip asked me to include a ‘____ meets ____’ analogy; his suggestion of ‘Carrie Brownstein meets Matt Groening meets Leotards’ seemed too nuanced]), and NW (pretty fucking hip, dude). With a solid music scene, an inexpensive drink scene and a cutey hotel receptionist that sold inexpensive, high-grade herb [she delivered it to my room, even], I was geared for a good time.


There are many spots to check out music in PDX, with some locales being epicenters for specific genres: the NE is Replay-esque, SE is Taproom-y, and NW is Bottleneck-ish. I split my time in the latter two. First show was headlined by Tennis, a Denver wifey-hubby superpop duo with a penchant for covers of the Zombies and Brenda Lee. Held at the Doug Fir Lounge, which is a downstairs musical hall with near-perfect acoustics set in the lounge/restraurant area of a hotel. After a great show, the band mingled casually with the local hip elite on the patio, ie, the courtyard of said hotel [which is said to be a party hot spot where various rented rooms are converted into differently-themed rooms]. Next, on to the Crystal Hotel, where Jason Lytle, formerly of Grandaddy, was playing a full week of free concerts. I sat down to the darkened room of small tables, a la Bourgeouis Pig, for a 2.5 hour session of crooning, jokemaking, and heavy drinking. As Lytle fumbled through flawed renditions of his latest album and CCR-laced covers, he drank cocktails with a seasoned veteran’s panache. All in all, good stuff.


Past that, your good Captain sampled the local coffee scene [you’ve seen Portlandia, I need not explain the pretensions], a few of the more than 60 breweries, expansive offerings from the local wine country and food carts galore with every international cuisine you could ever want. Yes, PDX was pretty got-damn hip, if not for its variety of cultural offerings [highest density of strip clubs in the country] then for its high quality of life [dense population of fat-and-happy gutterpunks and panhandlers]. Nevertheless, its hipsters are more welcoming and less exclusionary than any goddamn Brooklyn nerds and one could say PDX hipsters are simple, plaid clad, fun-loving folks; much like we Larryvillians.


In close, it could be said that PDX is on the cutting edge of hip, but Larryville may be a bird of a feather. That being so, I’ll let you in on the next fad in PBR-slugging, pseudosport:  mooshball,  a softball deriviate with a bigger, squishier ball that becomes softer as the game goes on, allowing fielders to close in and buckle down in the latter innings. With defensive schemers from KVKL already electing a board of directors and recruiting rosters for the soon-to-debut KVML, you better quit staring at the screen and get out there, nerd.

Photos:  Tennis at the Doug Fir Lounge and a delicious cup of Stumptown. 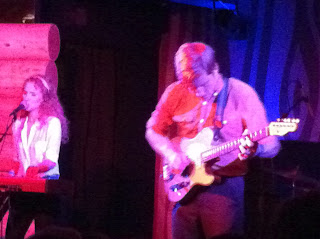 Before we all get bogged down (blogged down) talking about this weekend's all important Spring Into Summer Festival at the Replay, let's take today to showcase a more under-the-radar weekend event:  the Free State Film Festival at the Lawrence Arts Center (which has actually partnered up with the Replay fest for ticket-discount deals of some sort).

[By the way, why doesn't the Arts Center hire us to run social media for them this summer...since they don't seem to be very great at it].

"The Free State Film Festival is a weekend long event designed to bring films from the festival circuit to Lawrence, Kansas in an effort to invite dialogue between local and national artists and a broad spectrum of audiences through the shared experience of thought provoking cinema."

And while a quick perusal of the schedule doesn't reveal any major recent festival buzz films (where's that festival darling with Lizzy Caplan?  oh, do we ever have a Lizzy Caplan boner!),  there are certainly a few intriguing choices that have popped up at festivals recently.

How about Craig Zobel's Compliance, which caused a bit of a stir at Sundance.  Here's an excerpt from Variety's review  :

"...in taut, gripping and deeply disturbing fashion, writer-director Craig Zobel measures the depths to which rational individuals will sink to obey a self-anointed authority figure in "Compliance"... this stealth psychological horror film is at once tough to turn away from and, by design, extremely difficult to watch... Received at its Sundance premiere with a smattering of outraged boos, it's a surefire conversation-starter that, with smart handling, could prove a boon to a daring distrib."

You can see Compliance at 7:30 on Saturday at the Arts Center.  Here's a film still:

And Sunday night at 7:30 brings Patrick Rea's Nailbiter, a more traditional indie horror film that recently screened at the Kansas City Film Fest and has gotten strong reviews from AICN and horror sites.  It's set in Wellsville, Kansas and deals with tornadoes and monsters in a basement (and we think some of  it was shot right here in LFK?).  Watch  the trailer here (warning: don't watch if you are scared of tornadoes and/or monsters).

If you haven't watched a film at the Arts Center yet, it's actually a very nice setting to do so (at least on the mainstage:  we can't vouch for seeing a film in the Black Box setting, which is certainly hit and miss for theatrical events).

Check it out, film geeks.

Larryville: you can't be more hip anywhere else in Kansas! I'm not pretentious though...