Tuesday Pick: Replay Horror Picture Show / I Was A Teenage Scenester: Our Interview With Drew Smith Shows You the Next Generation of the LFK Scene


LFK seems to have an increasing number of film-related events, and we can dig it.  There's Film Church at Liberty Hall, of course. There's the occasional Retro Cocktail Hour Double Features, also at Liberty. There's the Footprints Silent Film series at the Arts Center (you can check out Battleship Potemkin this Saturday with live accompaniment by the People's Liberation Big Band: details here ).  And there's the new PBR Film Club, a more exclusive offshoot of PBR Book Club that requires potential members to submit a personal essay about their film preferences.  And now there's the Replay Horror Picture Show, two sci-fi or horror films screened on the patio each Tuesday, the second to serve as a background for a kooky DJ Modrey Hepburn dance party.   The event kicks off tonight with Young Frankenstein at 9:30 followed by Frankenstein Conquers the World.   Check out the FB event page here.

All of our readers are certainly familiar with the scenesters that haunt the Replay and the Tap and the Pig and Frank's, etc, but do you ever wonder what the next generation of LFK scenesters will be like?  Perhaps something like Drew Smith, a 13 year old LFK resident who sent us a message requesting one of our patented email interviews.  And how could we say no?  After all, this cat sees more shows than we do; he records solo bass mutilation/electronica albums under the moniker Theo's Mystic Robot Orchestra (you can listen and purchase via Bandcamp and please do:  Drew needs concert money); he runs his own record label called Sarcastic Magician Records (which just signed the most recent Farmer's Ball  winners, Panda Circus); and he has been blogging about the local music scene for well over a year at Music That You May Not Have Known About (the cool kids just call it MTYMNHKA, for short).  That blog has actually written the best local piece so far about the upcoming Lawrence Field Day festival as well as exhaustive photo documentation of last Thursday's Flaming Lips show.  Check it out.

So...meet Drew!  We hope you enjoy our chat about robots, DIY record labels, and the best bands currently on the LFK scene.

Richard:  We’re always happy to discover other local bloggers covering music in Lawrence.  How long have you been blogging over at Music That You May Not Have Known About?  And can you describe your blog a bit for our readers?


Drew: I've been blogging on MTYMNHKA for a year and 5 months. It was originally me just kind of talking about contemporary Christian rock bands that I actually thought and still think are the best ones out there (Showbread, The Classic Crime). But as my musical tastes expanded quite a bit, it turned into a blog that had stuff about bands that had only a few downloads on Bandcamp and bands that contact me about liking a post. Naturally, I talk about news stories and review stuff, but I think talking to indie bands is the coolest thing. They're almost all incredibly awesome people. Especially bands  in Lawrence. It's always funny how people react to a kid coming up to you at a show and saying "Hey, aren't you the guy from insert band name here?". I think a lot of bands from Lawrence have probably met me at one time or another.

Chip:  When I was 13, I had a paper route and listened primarily to my father's 8-tracks of the Oak Ridge Boys.  But you run your own record labels.  Tell us about Adenine Records and Sarcastic Magician Records?  What bands are on these labels and what kind of bands are you looking for?

Drew:  Well, Adenine Records was the idea of some of my good friends that are in high school. They mainly run it.  I'm around for moral support and website development. I started Sarcastic Magician Records as a sub label for me to sign bands. I love all music, and I hope to show that through the artists I sign. Right now we have me, a weird experimental project, Audience, a classical piano project of one of my friends, and [the most well known of them] Panda Circus, a fun indie pop/rock band that you need to hear if you haven't. It's a fun time.

Richard:  You’re a scenester, so you’ve probably got strong opinions on the local scene.  Who’s the best band in LFK right now and why?

Drew:  Dude..... That's seriously hard to say. I LOVE the Lawrence bands so much. I'd probably say Agent X12 is my biggest inspiration musically. That tape he put out is something else. Living Ghost too. He's awesome. All of the Whatever Forever Tapes artists, like Agent X12, Heartscape Landbreak, Karma Vision, Generals, etc. are some of my favorites. Panda Circus, The Sluts, Mouthbreathers, The Faded Age and my friends Far Cry From Fearless are my rock faves.  I love Umberto and C V L T S from KC. Monster, Generals, This Is My Condition and Mansion are killer live acts. Again, that's a really abridged version of my love for LFK bands. They are the best people ever, and I appreciate their contributions to reasons why my life is mostly spent on music.

Chip:  So how would you describe the sound of your project, Theo’s Mystic Robot Orchestra, ideally using some pretentious Pitchfork-y music criticism.   And do you actually have a robot orchestra making all those weird sounds?

Drew:  Aw, dude I wish! Maybe for the next one. Would make for a great stage set up!

But in mild seriousness, TMRO is a a kind of a combination of noise, guitar and bass mutilation, electronica moments, drone metal and random spots of clean guitars. I can't quite describe it Pitchfork style because it's been to long since I've actually read a full Pitchfork review (sad?).  But I think that you could say I like Sunn O))), Ricky Eat Acid and pretentious experimental music after listening to [Theo's album] Finale. You know, the usual liking's of a 13 year old. Kind of, not at all.

Richard:  I get the feel of a sci-fi concept album with  Finale’s songs that are broken into parts and often have titles like "Roaring Sounds Of Perhaps Otherwise Melancholy Human Beings" and "The Repetitive Sounds Of The Factory."   Do you think of Finale as having a “storyline” of sorts, even though it’s instrumental?

Drew:  It sort of does. It was originally going to have a full storyline in it, but the storyline is really spotty. The story that exists in my mind is that Theo is a poor little boy from London, say WWII era. He stumbles upon some robots, they find a musical connection. His parents die, he runs away, the robots find him and take him home. Everything is good. Then we get to Finale. Everything is going well, but things start to fall. His relationship with the robots falls, the music is dying out, the war is raging. But, there are moments of happiness. Then on "Id" I think some kind of bomb destroys his house and most everything he loves. Then the last song is a kind of rising out of the ashes moment and Theo realizes it's ok and that the city can be rebuilt. That's literally the story in a small nutshell. Maybe it'll be on a book, an 8-track voice recording for the hipsters. The more you know. 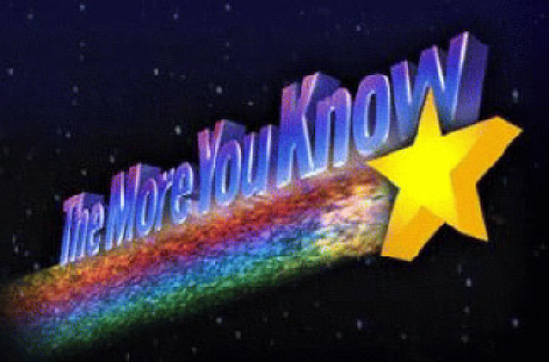 Thanks, Drew.  As The Who would say, "The kids are alright!"