In today's installment of True Crime in LFK, we learn that KU's beloved and revered athletes, off the field,  are actually much like you and us: they occasionally get into knife fights and (alleged) bizarre sexual scenarios on elevators.  Follow the highlighted links to relevant LJ-World articles if you're so inclined.

Let's begin with this sentence that takes us way back to 1999 and the Terry Allen-era of KU football.

"An angry Kansas University football player got stuck Wednesday in the drive-through window at Taco Bell after he tried to crawl through it to get to food servers who forgot the chalupa, a taco-like product, in his take-out order." (full story here via LJ-World).

The player was extricated by police and, later, suspended from the team.

Chip: "I love this incident because it's so charming and innocent, really.  It reminds me of Pooh Bear trying to get that honey.  There just comes a point on many drunken evenings when a man will do ANYTHING for a chalupa."

Sadly, this tale does not seem to be captured in film or photograph.  It occurred, after all, well before the Iphone era.

J.R. Giddens may have had skills on the basketball court, but he wasn't great at knife-fighting.  A June 2005 incident outside the late, lamented Moon Bar left him and four others with stab wounds, all inflicted by the same dude, who apparently WAS skilled at knife-fighting.  Apparently the stabbing spree was a result of a "brawl" that began inside the Moon Bar.  And Giddens himself was later charged with "battery and disorderly conduct."

Like many such incidents, conflicting stories remain. Perhaps LFK's Sgt. Branson explained it best: "The reality of it is you've got a melee...You can go through these 50-some statements and they all differ as to who did what when." 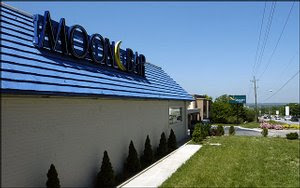 And of course there is the legendary Sherron Collins elevator incident and lawsuit in which a female employee of Jayhawk Towers "accused Collins of exposing himself and rubbing against her despite being told repeatedly to stop."  It lends itself to jokes (Chip: "Obviously!") but it's less funny if you believe the woman's claims: "She claimed damages for humiliation, severe emotional pain and mental anguish. She claimed she incurred medical bills and suffered permanent medical, emotional and psychological damages."  Sounds pretty serious, though not serious enough for Collins to bother showing up to his court date.

Personally, we always found the multiple "lab tests" to be a very interesting part of the story. KU apparently wasn't fond of the initial results: "In October KU sent the evidence back with a request for a different type of examination."  Was there a Lewinsky-dress element to this story?

Anyway, the woman later dropped the charges, leading basketball fans on the talkbacks to insist they were all blown out of proportion from the outset.  But where are our conspiracy theorists at, the ones who might consider whether she was coerced into dropping such serious charges?  We did, after all, need Collins' help in winning the national championship that year.

And let's close with one more "melee" (well, two actually) from 2009 when the football and basketball teams engaged in two massive brawls on campus, the first involving possibly as many as 100 people at night in front of the Burge Union and the second in broad daylight between a dozen or so players near Budig and Wescoe.  The important thing here is: who won?

This quote from the LJ-World seems to sum it up: “Basketball team kind of walked off,” said Harrison Hems, a KU senior from California, who also witnessed the incident. “I don’t think they wanted to get in another fight.”

So there you have it.  A rare occasion where KU football surpassed KU basketball. 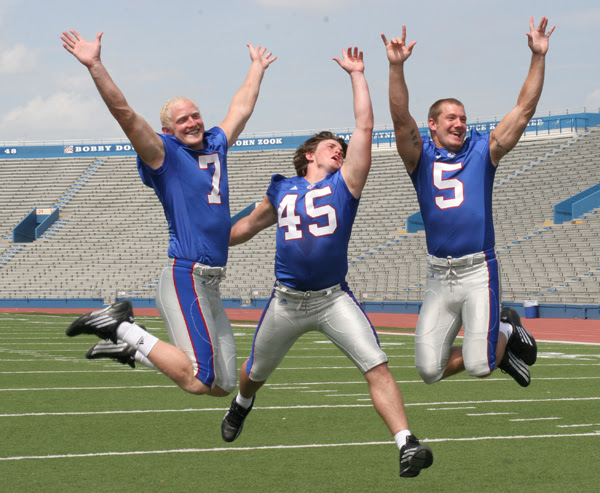