New Stuff We Like: Too Much Rock's Singles Series (Berwanger Edition); Stand By Me at Free State Festival Under the Stars; A Re-Enactment of Full House at Frank's


The excellent "Singles Series" from Too Much Rock marches on with a new release from Josh Berwanger.   The A-side is a blast of power-pop called "Oh Bis!" that makes us want to bounce around all day listening to it on repeat (with occasional breaks to jam some Marshall Crenshaw and NRBQ).  And the B-side is a cover of The Jags' 1978 "Back of My Hand."  Hip enough for you?  Nick over at Rock Star Journalist wrote a great review which you should read here.

There's a launch party at Mills Records in KC on June 5.

Josh appears to have bulked up quite a bit since we chatted with him at the Replay recently: 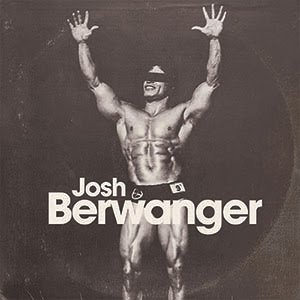 Many of us are still sad and bitter that Compton construction projects destroyed the summer series of outdoor films projected on the parking garage wall.   But Lawrence Arts Center and the Free State Film Festival are attempting to bring back the tradition this summer on the south side of their building with a screening of Stand By Me this Friday (and later screenings of Kings of Summer and Chaplin's The Kid).  It's a bit of an odd space between the LAC and the Salvation Army building, but they've done it before, and we're willing to see Stand By Me outdoors no matter where it's being shown.  Bring some Pez.  Cherry flavor Pez.  No question about it.  (if you catch our reference).  Will the LAC host a pie-eating competition, enabling the audience to re-enact the legendary Lard Ass"complete and total barf-a-rama" from the film?  We doubt it.

Chip:  "When Gordie Lachance points the gun at Ace Merrill and says, "Suck my fat one, you cheap dime store hood," there's almost a 100% chance I'm gonna stand up and cheer and pump my fists.  I hope the crowd doesn't mind."

Photo: It's a goocher!

If you were lucky enough to make it into the packed basement for Card Table Theater's re-enactment of a Saved by the Bell episode, you know that it was both a sublimely silly theatrical event AND a clever deconstruction of sitcom tropes.  If you weren't there, read our review. The gang is back again this weekend with a re-enactment of a Full House episode (along with a 10 minute version of Speed: great idea!).  It's likely to be a hot ticket (we predict a full house, get it??), so show up early.  Shows at 8:00 and 10:00 on Saturday.  The FB event page is here.