What We Learned This Weekend (Featuring Split Lip Rayfield, Cowboy Indian Bear, and The Fabulous Thunderbirds

On Friday, we learned that the mighty Split Lip Rayfield can still easily pack a full house at the Granada for a rip-roaring and typically fast and furious set.  We bet they are also still capable of eating 49 biscuits...and a ham of meat as well (if you catch our song reference).  This was a great community event to raise money for recently-injured Leo Posch and family.  Good work, LFK!  (Split Lip's Eric Mardis played the role of Leo during the Ramblers' short set). 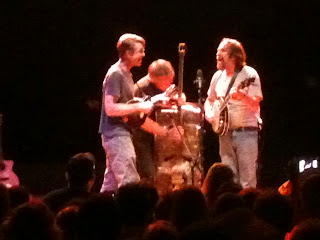 On Saturday, we learned that the Sandbar can easily convince a shockingly large number of people to pay $15 for a band that hasn't had a hit since 1986/87.  And, as usual with the Sandbar, it was quite a party.

We learned that our silly blog had the power to talk openers Cowboy Indian Bear into performing a "Sharknado move" onstage in which they spin around and spew booze out of their mouths at once (it was beautiful!).  But the true highlight of the set may have been the band's inspired cover of the Outfield's "Your Love." 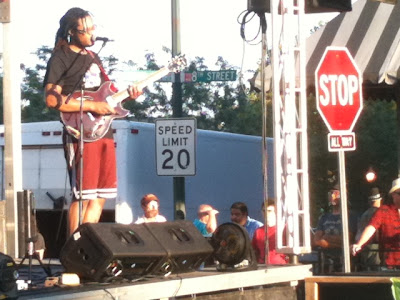 Shout-out to the good folks at the Sandbar for hooking us up with VIP passes that allowed us to pound free beers and munch Sandbar Subs for three hours of the long evening.  We even mingled with Johnny Depp, whose appearances at this party each year are actually the best performances he gives these days. 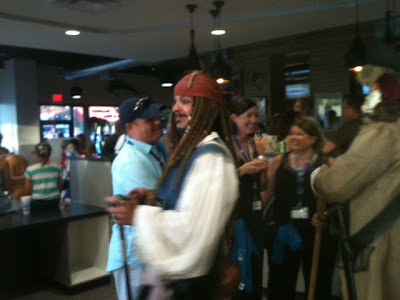 Here's a cool overhead pic of the T-birds and the big crowd via the Sandbar on Instagram.  Dude, was that an epic harmonica solo from Kim Wilson or what?  Only eight minutes, but it felt like forty-five, easy! 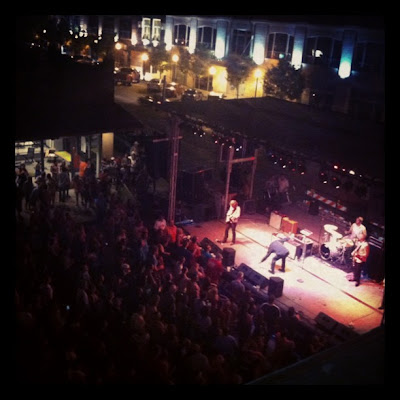 Things were more subdued inside Sandbar Sub world headquarters, however. The VIP crowd never exactly went berserk for this little calypso band. But we learned that it's possible to play a pretty sweet Santana cover, Calypso-style. And Chip actually preferred these folks to the Thunderbirds. 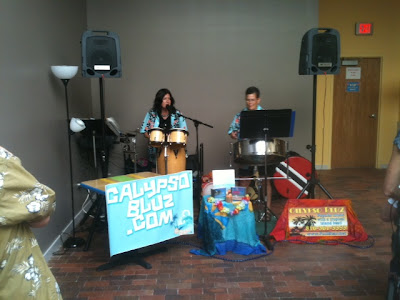 Critiques:  More onstage hijinks should really have been happening during the looooong break between bands. Maybe some drunken, dancing mermaids or something?  But it WAS pretty awesome to hear Will Smith's "Gettin' Jiggy With It" playing loudly just before the T-birds took the stage.  We bet those Birds were pretty confused as to what the hell they'd gotten themselves into for this show.   Nonetheless, by the time "Tuff Enuff" finally rolled around, late in the set, we were ALL gettin' jiggy with it.  And almost no one had the blues (except Chip, who thought for sure he'd get laid by a mermaid at some point).