LFK is getting hyped to commemorate the 150th anniversary of its greatest historical trauma and there are far more events than we can cover here.  Make sure to stop by Watkins Museum on Saturday as they open their new permanent exhibit and from there you can easily learn about all the Quantrill's Raid-related events that follow over the course of the next week, from walking tours to music programs to recitals of the names of the victims to (our favorite) the live-Twitter re-enactment of the Raid during the early morning hours of the 21st.  Make sure to keep close tabs on the #QR1863 hashtag as activity has really picked up in the last few days.  Even a horse is tweeting (no, we're not playing the horse, but we salute the joker who thought of it: "I am a horse in Lawrence, Kansas. The year is 1863.").  The 1863Lawrence website is probably your best bet as an online guide to all the events (and you can also watch the Twitter Raid play out there if you're a voyeur and not a tweeter).  Find a handy calendar of events from the site here. 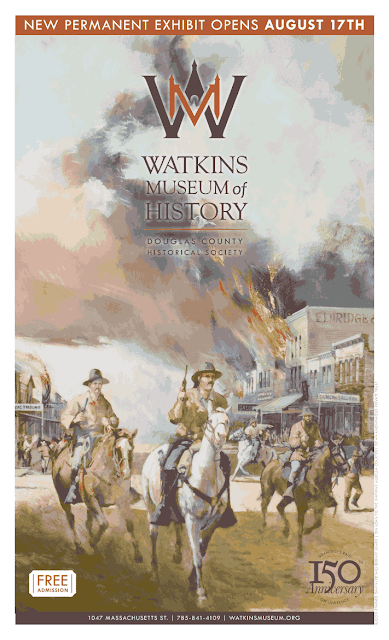 We haven't bestowed a "dickheads of the week" award in awhile, but there's no question who deserves it this week.  It's KC's Black and Gold Tavern, who are hosting a celebration of Quantrill's slaughter of Lawrencians next Wednesday at their bar.  Visit them on Facebook here and give them a DIS-like. 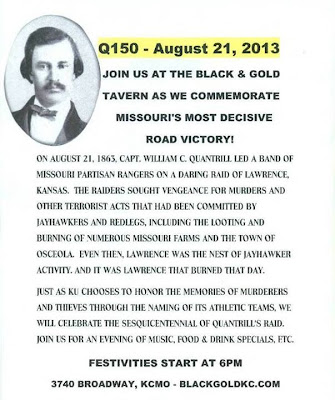 
Chip:  "I suppose I'll have to station myself on the border this evening to try and prevent the inevitable rednecks who actually try to head to Lawrence to rape and pillage."

Friday night is one hell of a night of music in LFK.

Kick off your evening with some honkytonk on the Replay patio at 6:00 pm as Cryin' Out Loud hit the stage to play you everything from Merle Haggard to the Old 97's.  Plus, there's a trumpet involved!

LFK has been sadly lacking in bands that consistently wear uniforms since Mammoth Life left town.  But we're happy to hear that our old friends are thriving on the San Francisco scene and even happier to hear they're back in the middle of the country this week.  Nicholas sent us a little update regarding recent happenings and their Friday night return to the Jackpot:

"We are touring the heartland this summer for the first time since our cross country move to San Francisco back in the fall of 2011.  We recently released our brand new self-titled full length album through LFK's Satisfying Records and we''ll have vinyl and cd copies with us as well as a newly rounded-out rhythm section. Swing by The Jackpot on Friday August 16th to catch our latest set along with psych/ folk-rockers Karma Vision and emerging indie rock band Haunt Ananta who recently debuted on the scene through this years Farmer's Ball competition. Doors at 9 pm and show at 10 with a $5 cover. Stream our brand new LP for free via Bandcamp here."

Find a review of Mammoth Life's new album today over at I Heart Local Music. 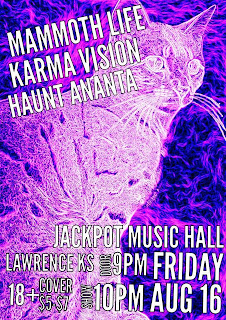 For you thrifty scenesters, $5 for Mammoth Life is a far better deal than the high-profile Granada and Bottleneck shows you've got your eyes on.  But these are damn tempting too, aren't they? 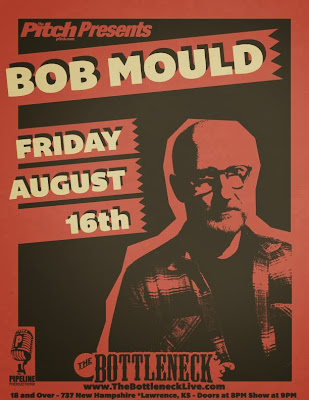 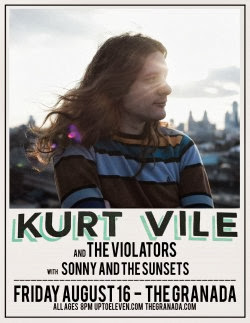 This is happening across the river on Friday. We're not sure what it is but we dig the flyer and assume there WILL be some kind of actual voodoo ritual in the basement during the show (it won't be the first time a few chickens have died down there, if you catch our cockfighting reference). 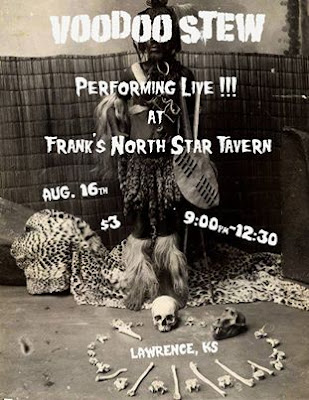 And end  your night back at the Replay (obviously) as I Heart Local Music offers up a showcase of The Sluts, Mr. and the Mrs, and Bearded Hall.

Let's just use this photo from The Sluts' Facebook page instead, since Chip thinks it's terrific.