Chaos reigns at Liberty Hall this week.  A solid crowd was on hand for pure Marx Brothers' anarchy in Duck Soup last night (one guy near the front of the balcony laughed so hard he nearly hyperventilated) and on Retro Cocktail Hour's Cinema a Go-Go returns on Friday with the giant monster brawl of Destroy All Monsters.  It's gonna be a lot more fun than the Big 12 tournament (and Chip predicts that KU will be out of the tournament by Friday anyway). 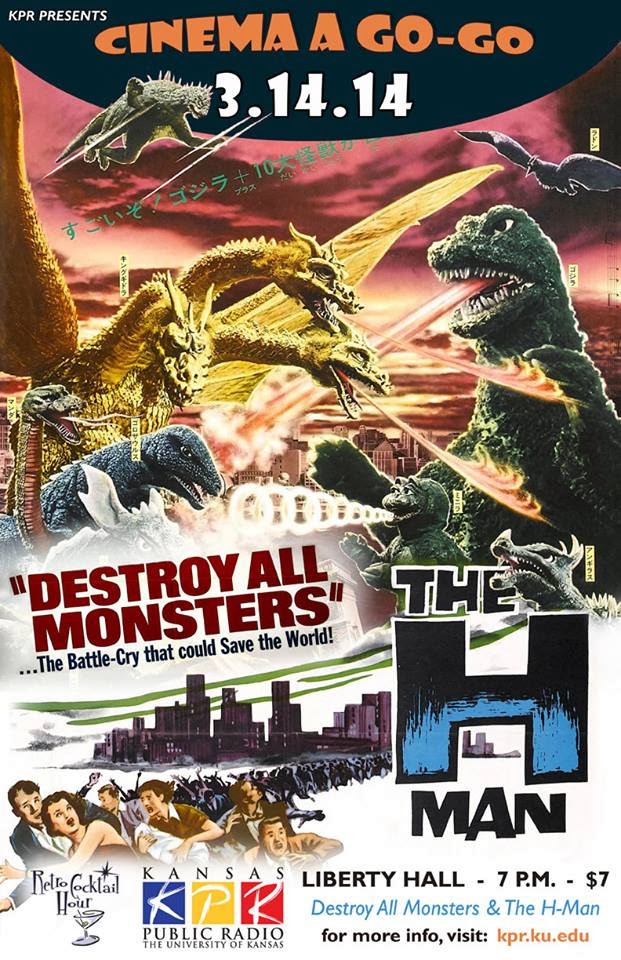 Did you catch the Von Trier reference in this post's title?  Well, in other film news, the cinematic bad boy's Nymphomaniac (or Nymph()maniac) has arrived OnDemand.  Well, at least Part One has (it's a 5+ hour opus, you know).  And presumably it's not the full-on pornographic version.  But we'll watch.  The film's "O-face" posters have gotten a lot of attention.  We think Shia's is the funniest.  Our guess is that this film lies at about the midpoint between the near-greatness of Melancholia and the infuriating near-unwatchability of Dogville.  If you're lucky, you'll be receiving a Facebook invite to our Nymph()maniac party soon. 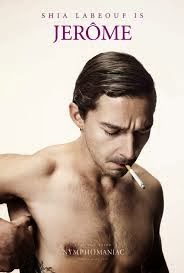