Nerd Nite 22: It Started With Carny Pig Latin and Ended With a Battle / Plus: Weekend Picks


Nerds are generally peaceful types but this month's Nerd Nite presentations were all about fighting, with the evening building inexorably toward an epic (foam) battle.

Up first, local funnyman (and new Nerd Nite co-boss) Peter Lyrene identified himself as a pacifist while relating his fondness for 80's/90's wrestling: "I grew up in the South, so I had to love it."  Focusing on the fascinating world of wrestling's supporting characters: the "jobbers" and the "ham-and-eggers" and the "handlers" whose job is corralling these often "feral" types.  Growing up in the South ourselves, many of these names are imprinted in our own consciousness (the Wild Samoans!) but our favorite name that we had never heard (or maybe forgotten) was probably "Battle Kat Brady Boone."  Here he is: 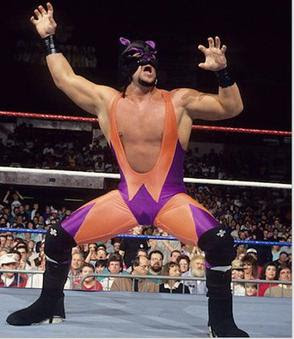 
Most potentially useful thing we learned about: "Carny Pig Latin."  (Chip: "We try to always obey the principles of "kayfabe" here at the LC.").

Paul Dietz, up next, convinced us that it was urgent to save the prairie chicken.  Did you know there are people on the plains removing miles and miles of man-made barriers and cutting down stray trees so that raptors can't perch nearby and snatch up these poor little prairie chickens?  We didn't.  But kudos to them!  Prior to this presentation, Courtbelle walked by and said to us: "I bet you fuckers don't even know what a prairie chicken is."  She was (mostly) correct.

Finally, Elwood Schaad took us deep inside the wild world of Dagorhir, massive foam-fighting competitions that re-enact epic fantasy battles.  Don't laugh:  it's a sport (they insist it's a sport) whose origins stretch back to 1977 when Tolkien-nerds decided to recreate some of their favorite battle scenes.   Is Dagorhir a form of LARP-ing?  Well, yes, but many participants distance themselves from it a bit since the focus, as Elwood explained, is often ultimately less about playing a fantasy character than it is about beating the hell out of people with DIY foam swords and spears and such ("I never knew how much I needed this," said Elwood).  The local branch of Dagorhir is called Emberfeld and they meet on Thursdays.  Holy shit, that's tonight.  Look them up on Facebook here and join.  Based on the fighting demonstration that ended the evening, it does indeed look "incredibly fulfilling," as Elwood insisted.

Most rousing moment:  a performance of the local battle-cry.

The nerds are vacationing in December and returning in January with all new co-bosses.

Special shout out to Travis and Becky and all the folks that have made it awesome from the beginning!

LFK's "premiere slime-rock trio" Witch Jail is at the Replay.   Looks like Count Blastov has made another bad-ass flyer! That guy sure loves VHS horror movies.

On Saturday Truckstop Honeymoon hits the Bottleneck.  We caught them playing an 11:00 am set (yep!) at Mass. Street Music's 30th anniversary bash last weekend and noted to ourselves (as we have noted many times before) that they still write the best songs in Lawrence.  Don't argue. 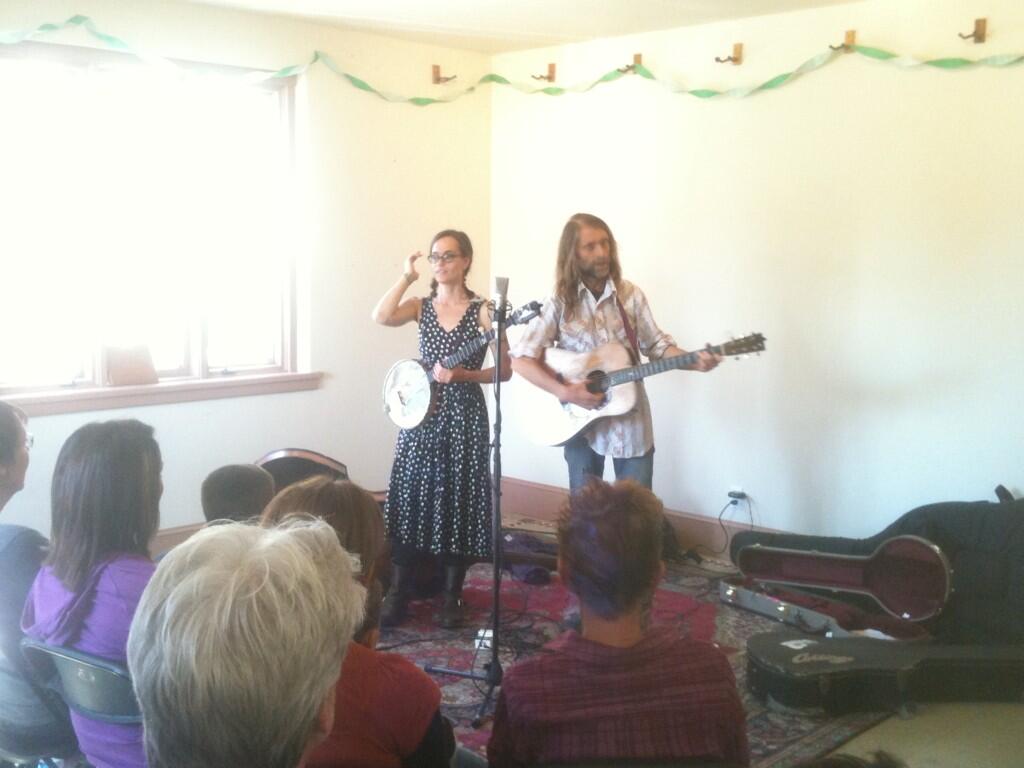 Wells the Traveler opens the night, with Truckstop's Mike doing double-duty in that band as well.  If you haven't seen Wells yet, you're missing out.  FB event page here.

And there's a pretty good hoedown at Frank's on Sunday, though we're not sure anyone has yet realized that this show is scheduled during the epic Chiefs/Broncos game.   Will it be cancelled?  Or moved down to the cockfighting ring?  Who knows?

Richard, yesterday in K.C., we saw a beautiful girl wearing a T-shirt that read:
Last Stop Until Kansas - LFK

I think it's
LFK - Last Stop Before Kansas