Monday Scenester Pick: Washed Out at the Granada / This Week's Movie Picks and Our Trek to KC's Alamo Drafthouse


LFK scenesters are hyped for an evening of "chillwave" tonight as Washed Out hits the Granada.  The band's manager politely denied our recent interview request, explaining that Ernest Green was only doing "limited interviews," which we believe translates to "he's not doing interviews with a blog out of podunk Kansas with writers who are primarily interested in making jokes about the sexy album cover."

Chip:  "They wouldn't have been jokes.  That album cover seriously gives me an outrageous boner."

Pitchfork's review gives an 8.3 to Within and Without along with this astute description: 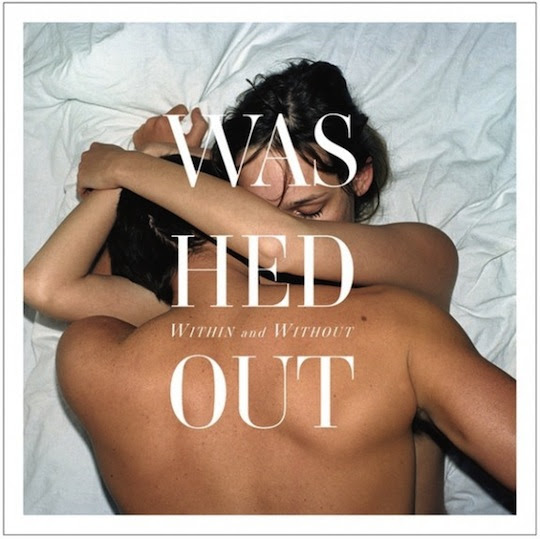 The opener, Icky Blossoms, is a side project of somebody from Tilly and the Wall, which doesn't impress Pitchfork all that much.  Here's an except from their 6.6 review :

"Icky Blossoms still mostly sound like a band rather than mannequins, which is something of a mixed blessing."

Richard:  "Well, at least Pitchfork finally admitted they prefer their music to be absolutely soulless."

The album cover of Icky Blossoms' self-titled debut is decidedly less sexy than that of Washed Out: 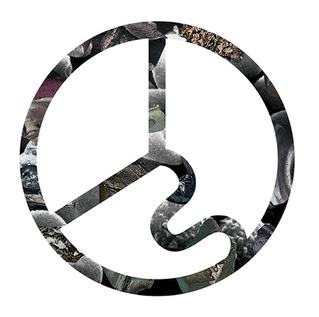 Frank's Monday movie night brings you an evening of titties and terrible acting with Showgirls.  Get prepared with this three-minute video of some of your favorite lines ("I used to love doggie chow."):


Replay's Tuesday night Replay Horror Picture Show presents:  Spaceballs.  It's not horror.  But it's good for a few giggles.

And, if you prefer your film events a little more "highbrow," the Suburban Film Series returns to the Rio in OP on Thursday with American Beauty.  ("And this bag was just dancing with me.  Like a little kid begging me to play with it.  For fifteen minutes.").

Here's the cool poster for the screening made by Josh Berwanger:

Speaking of movies, this weekend we also made our first trek over to KC's new Alamo Drafthouse, the Austin chain known for their "shut the fuck up and DON"T text" approach to film, which of course we fully endorse.  After several long, self-satisfied, pre-film warnings about the policies, however, we were a little disappointed to read the "fine print" and learn that people will actually receive a warning for talking and texting before being booted.   Anyway, no one was ejected during the screening of the Danish sex comedy Klown that we attended.

Chip: "I liked the scene where the dude was trying to give his wife a 'pearl necklace' but ended up with the wrong person and ejaculated in his mother-in-law's eye.  That's just old-fashioned comedy of the sort we can all relate to, not dependent on the 'high-concept" scenarios of so many American films which too often insist on adding aliens or zombies to the mix."

One complaint:  we were a little nervous trying to take a leak with Will Smith staring at us in the restroom.

One of the many impressive upscale features of the theater is this machine that squirts onions and jalapenos directly onto your hot dog or nachos.  When will Liberty Hall finally break down and purchase an onion machine? 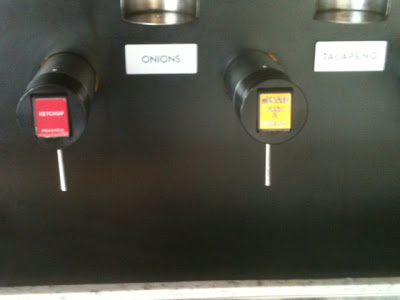 Verdict:  we look forward to attending many future events at the KC Alamo such as the upcoming Zoolander quote-along (Chip: "I can talk during that one, right?") and the 438-minute "Van Dammage marathon of Van Damme films leading up to the premiere of Expendables 2.

After the film we strolled into the open-air frathouse of the Power and Light District to find an event called the "Beer Olympics" in progress.  Our favorite was a baseball-themed event which primarily involved funneling beer out of the "bat." 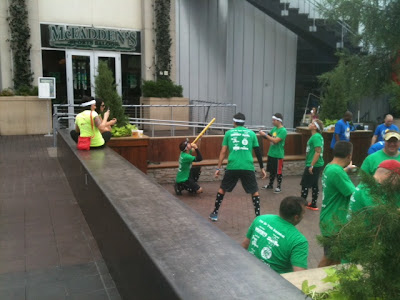