Readers, we'd be remiss if we didn't mention tomorrow's grand re-opening of the Mass. Street Dillon's, whose former "Dirty Dillon's" moniker was re-christened as "Dapper Dillon's" by the LFK Twitter community this summer.   The store officially reopens at 7:00 am. on Sunday, so be there early to see it at its most pristine before the long, slow slide into decay begins anew.  A major ribbon-cutting ceremony is slated for 9:00 am featuring free food samples and the KU cheerleaders, who will probably be a bit hungover on a Sunday morning.

Read the LJ-World's preview over here to learn about all the special features of the new Dillon's such as "unique signs, including pictures of area farmers who have grown food that is sold in the store."  And let's take a peek at the talkback to see if the community is hyped about tomorrow's festivities:

"I think Simon should be there, with his "Thats my Dillons" T-shirt and socks on his hands. It wouldn't make it dirty, just nostalgic. Simon and the not so dirty Dillons, will always occupy the same space in my memory, no matter what they build.
Tangential side bar: Anyone know whatever happened to Vic the Barbarian?"

And here's an old photo of Dirty Dillon's we just discovered via Google image search from a blog called Artsyville (a blog that we didn't know existed until right now: click it and check out a bunch of other cool photos!). 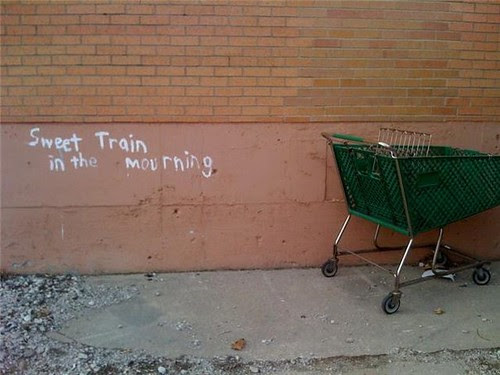 And your Saturday scenester pick?  Oh, let's say Apache Dropout at the Replay.  Here's an excerpt from their Bandcamp description:

"Apache Dropout is a full on lysergic boogie trio from Southern Indiana who’ve self-released a handful of recordings while touring the sub-U.S. during the past couple years. Finally, their debut LP is here to catch you up with their three-minute-&-less anthems crafted of ‘60s epoch fuzz. With just guitar/bass/drums they channel soul melodies, primitive rock thump and blasted solos that are soaked in the dimethyl-trip of teenage visions (see songs "Sam Phillips Rising" and "God Bless You Johan Kugelberg" for that) and a few whifs of Tuli Kupferberg."

They had us at "lysergic boogie."  Apache Dropout is joined tonight by Sex Tapes (Scary Manilow is playing, like, 8 shows a week these days!) and Shark Week (which might be a band or might just mean the television will be tuned to "Shark Week" programming until the show starts around midnight). 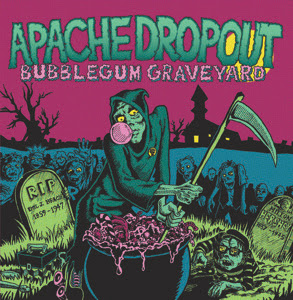 Vic's doing very well, and the jackasses on the LJ-W comment forum don't need to know anything further.

I'll play shows every night if I have to. I ain't getting any younger, I gotta sell out sooner or later.