Weekend Picks: Rooftop Rock with The Noise FM and Quiet Corral, Buskers, Many Movie Options, and Much More


We suspect most of our readers avoid the Oread Hotel almost completely unless they are there to vandalize it ("SHOUT PEACE!"), but Friday brings a rare opportunity to see two kick-ass bands, Quiet Corral and The Noise FM, rocking on the 9th floor rooftop in a show that's destined to becomes as legendary as the Beatles'  1969 rooftop swan song.  Tomorrow's show is certainly no farewell, but it does serve as a rare LFK homecoming show for The Noise FM (who currently reside in Chicago).  We asked the Noise Boys" to send us a little blurb to convince our readers to attend, and here's their submission (yes, they fully passed the audition, if you get our Beatles reference!):

"There’s that rooftop scene at the end of Ghostbusters when Gozer (David Bowie, still dressed in his Labyrinth costume) asks Ray if he’s a god. Ray says “No.” Then Bowie blasts everybody with electricity until they’re covered in Stay Puft marshmallow juice and Sigourney Weaver turns into a dog. Rick Moranis is there too.

We’re not exaggerating when we say our rooftop show on The Oread this Friday with Quiet Corral is going to be more awesome than all of that. We’ve even got Ernie Hudson stopping by. Trips home for The Noise FM have been rare since we moved from Lawrence to Chicago a couple of years ago, so we try to make every homecoming show a special event, hence playing on a god damn rooftop. We’ve been in talks with the Lawrence Parks Department about putting together a fireworks show. If that doesn’t pan out (it won’t), we found 3 sparklers and a smoke bomb leftover from 4th of July.

The show starts at 7:00pm with The Noise FM followed by Quiet Corral. It’s only $5. It’s an all ages show and the City of Lawrence has agreed to lift the restraining order on whoever painted “Shout Peace” on The Oread."

Visit the FB event page here  and reread our March 2012 interview with the Noise Boys here (it remains one of our favorites, probably due to the long discussion of Boy Meets World fan fiction).

And don't forget the Shiner reunion show at the Granada for a dose of scenester nostalgia.   But will there ever be a terrifically twee Transmittens reunion in this fucking town, or won't there?

---
Sunday offers the annual picking and fiddling championship at South Park.  A bunch of buskers usually show up at that as well.  Point is: like it or not, you're going to see some buskers this weekend.

The weekend is chock-full of worthy film events as well, including a legendary  luchador film as Liberty Hall and the Retro Cocktail Hour brings"Cinema Con Queso" back for a fifth-installment featuring a double-bill of Santo vs. the Vampire Women followed by The Brainiac!   Details and a trailer over here . Oh baby, do we want to win one of those luchador masks they give away during the event! 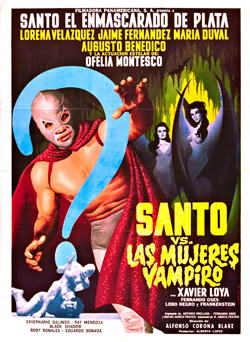 And over in KC, the Alamo Drafthouse gives us an opportunity to see the new collaboration between William Freidkin and Pulitzer-winning playwright Tracy Letts:  Killer Joe.  It comes stamped with an NC-17and we hear it opens with a close-up of Gina Gershon's vagina and features Matthew McConaughey performing unspeakable acts involving a fried chicken wing.  A recent Cinema Scope piece offers Letts' note to Freidkin after the director threatened to tone down the opening shots:  "Don't be afraid of the pussy.  It's a signal to the audience to fasten their seatbelts."  Obviously, we'll be first in line and presumably the Alamo will be serving up fried chicken, since it's playing on one of the "Dine-In" screens. 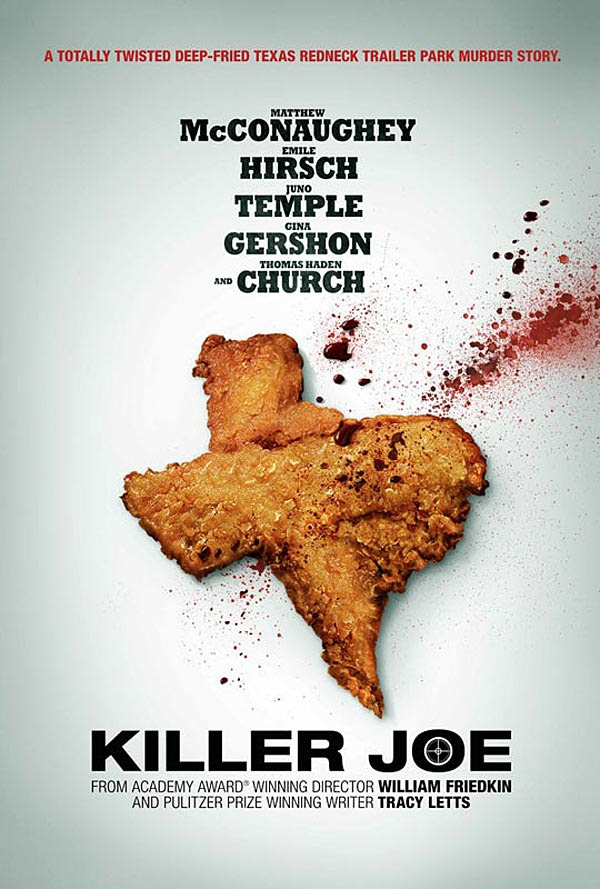 For those who prefer their film events a little more high-falutin,' Liberty Hall's Film Church is back on Sunday with The Third Man, high on many critics' lists of the greatest films of all-time and containing arguably the most famous entrance (by Orson Welles and a cat!) in film history. Bring your zither and play along with the score (actually, don't do that...you'll probably get ejected).