Is sincerity the enemy of scenester culture? Or can they coexist?  We don't know, but it's an ever-vexing question that we're hoping a new book by R. Jay Magill Jr. can help us answer.  The book's title:

SINCERITY: How a Moral Ideal Born Five Hundred Years Ago Inspired Religious Wars, Modern Art, Hipster Chic, and the Curious Notion That We ALL Have Something to Say (No Matter How Dull).

Chip:  "The title certainly doesn't sound very sincere.  It's longer than a Fiona Apple album title, for fuck's sake!  It sounds like one of those hyper-literate indie bands that try to make their titles so long that no one can tweet about them."

The NY-Times review situates Magill's work as a continuation of ideas explored in Lionel Trilling's 1972 Sincerity and Authenticity (among many others):

"Where Trilling saw the decline of sincerity as a rupture, a historic break, Magill sees continuity, tracing the strands of a Protestant-Romantic trajectory for nearly 500 years right up to the hipster culture of today...Magill offers a brief semiotic analysis of hipster affectations — trucker hats, Pabst Blue Ribbon — to exemplify how irony now has the task of conveying sincerity, allowing the trendy to gesture at working-class affinities while keeping a safe distance from anything resembling a political commitment."

Richard: "You had me at 'semiotic analysis' of PBR."

The book is apparently so sincere that it can't be bothered with an image on the cover, perhaps out of fear that said image would be ironically misinterpreted:

As fans of unusually punctuated band names, we're hyped for Catacombz at the Replay tonight!  Let's turn to the Milwaukee AV-Club to see what the site says about these hometown heroes:

"Catacombz have been consistently gigging around town for a couple of years now, gradually building a loyal fan base and occasionally putting out batches of their psych-bent Krautrock on cassette...Whereas many similarly psychedelic-leaning bands tend to pile on the trippy baubles wherever they can, Catacombz make deft use of distended synths and sound effects, finding more affect in restraint than in overload."

So stock up on Krautrock cassettes tonight and get there early for openers Sex Tapes and JabberJosh Sadly, we've yet to catch a JabberJosh set, even though they have some of the best song titles in town, such as "I Have the Hugest Hipster Hard-On For the Melvins" and "Cheetos and Tequila."  And check out a wacky Wayne's World-inspired set by Jabberjosh over at I Heart Local Music.

Here's Garth via I Heart (pic from here): 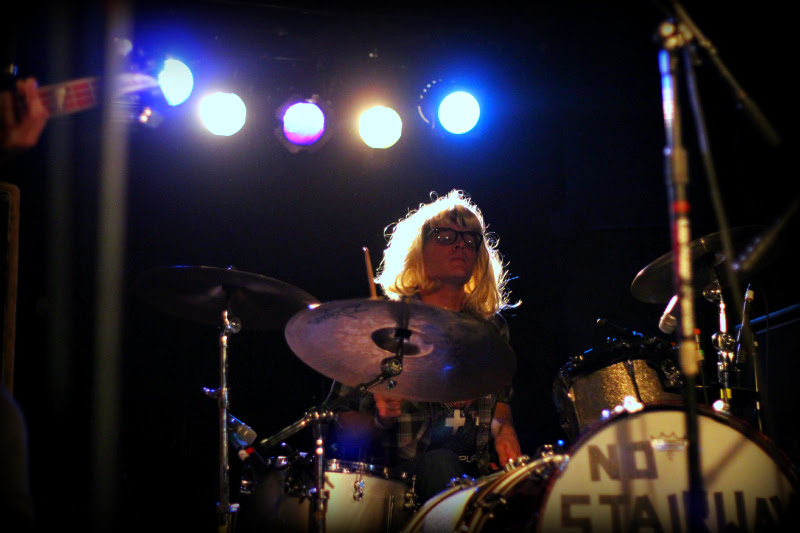 And our Bottleneck buddies have a new Tuesday event to satisfy your 80's and 90's cravings and perhaps fill a bit of the gaping void left by the defunct NEON dance party...but combined with more nerdery and hijinks. Here's the info from the FB event page:

"Casey McAtee and James Savage will be spinning your favorite 80's and 90's songs every Tuesday night at The Bottleneck. For those nights without shows booked, the music, movies and festivities will start at 9pm. The nights where there is a show booked, we will start immediately after the last band. Make it down every Tuesday to relive the golden years of growing up. Nickelodeon, TGIF, Starter Jackets, Pop Punk, Saved by the Bell, Are You Afraid of the Dark, the great movies and music etc.."

This poster will surely inspire you to rewatch the Fred Savage classic The Wizard prior to tonight's festivities.