But what else is going on in Larryville for the scenester crowd who scoff at roses and romantic dinners?

Well, there's the Replay, of course, where you can buy your significant other(s) a PBR and rock out with Larryville's Dry Bonnet. They're opening up for The Pharmacy, who have an acclaimed new 7" called Dig Your Grave.

Daytrotter says that The Pharmacy "bring out the joy that there is inherent in an echo that's called out over the wound or winding down environment of houses and people - a note that pierces across the shadows, over the cooling and soon to dew objects left outdoors and bounds through all of the graveyards that suddenly feel the most alive, when the lights have been taken down, shot from the sky."

We say: "What the FUCK, Daytrotter. Enter that in a faux Faulkner contest and review the record, why don't you?

And earlier in the evening, at the Carnegie Building (Chip: "Where??"), the Foxy by Proxy gals will be bringing you a Valentine's Day Cabaret, with saucy dancers, the antics of Juggling Dingus, and songs from some of the Tinhorn Molly gang. There's a Facebook event page over here with ticket information that seems unecessarily complicated but, on the plus side, allows you to interact with the Foxy ladies via Facebook! 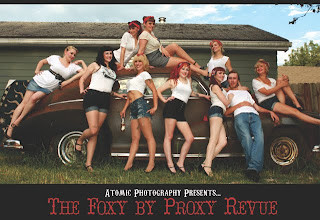 But what if you want to spend V-Day getting stoned and listening to reggae versions of Beatles songs? Then head to the Bottleneck to catch Yellow Dubmarine. We won't tell anybody. 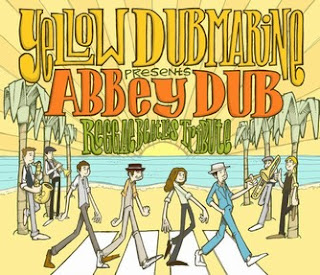