Hipster Picks of the Weekend

If you're a local hipster, you're unlikely to be heading to the lake this holiday weekend for one last dose of summer, as normal people do. So how will you occupy yourselves in Larryville.

Personally, we'd recommend the Labretta Suede and the Motel 6 show at the Replay tonight. Labretta's New Zealand garage-rock gave us a major boner the last time we caught one of her gigs and, although we haven't seen girl-group openers The Shebangs, they have a witty and provocative name. Check out Labretta: 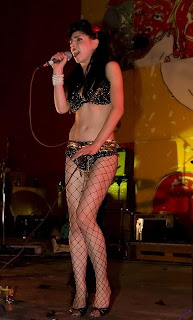 However, we realize that most of you will be opting instead for tomorrow night's Suckers gig at the Jackpot, simply because (a) they are from Brooklyn (immediately hip) and (b) they are endorsed by Pitchfork.

Pitchweekly, in its plug for the show, offers four reasons you should check Suckers out (Chip: "Or, in my case, four reasons not to."):

"First, its swooning, lackadaisical songs are equal parts magnum-opus ambition and pub-shanty sing-alongs. Second, a National Geographic-ready baboon face looks out at you from the cover of this year's sprawling Wild Smile (produced by Yeasayer's Anand Wilder). Third, frontman Quinn Walker sings with the ragged rigor of Wolf Parade's Spencer Krug. Fourth, one of the band members identifies himself as "Pan."

See you at the Jackpot. 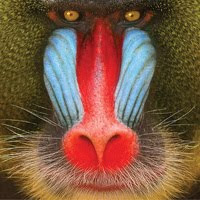 That album cover is hypnotizing me...into thinking that Suckers are good.

But I'll stick with Labretta and her fishnets.