Tomorrow is Final Friday and perhaps the key event is a street party slated to take place outside the Arts Center (though LFK's never-ending barrage of monsoons may certainly change those plans).   On the slate for the party:  performances by Olassa, KC Bear Fighters, and the Hips; a pre-party for the next day's ever-quirky Art Tougeau "wheeled-art" parade (which happens at noon on Saturday);  barbecue from Biemer's ("Rubbin' late; Past 8!") and beer from Free State.

Over at Love Garden, the Hospital Ships album release party (originally scheduled for last Friday) will presumably happen.  Show up and experience "the grandeur of Midwestern loneliness," as Pitchfork terms their sound (read the Pitchfork review of the song "If It Speaks" here ).  We're told that the opener Psychic Heat is pretty badass too.  FB event page here. 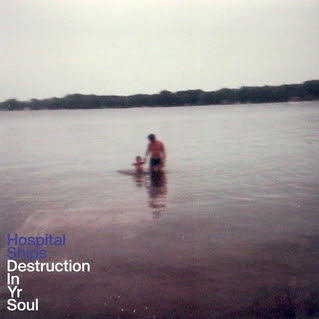 Wonder Fair plays host to Josh Winkler's "The Best of All Possible Worlds," which "examines the ways in which meaningless adjectives like 'the best,' 'the most,' and 'the only' catalyze mass pilgrimages to nature’s hot spots."

Has anyone been to "The Most Photographed Barn in America?" (if you catch our reference to DeLillo's White Noise).

True-crime buffs can get their fix down at Watkins Museum in an intriguing exhibit called "Occasional Mayhem," which examines LFK crime and punishment from the city's founding in 1854 right up to the present day.   Will the exhibit reveal the punishments of some of our favorite present-day criminals, such as the guy who attacked Free State Brewery with a railroad spike and the guy who assaulted someone at Henry's Upstairs with a cue ball in a Crown Royal bag?   Let's find out.

Among the items on display:  "a 1960s pepper fogger that looks like a Ghostbusters proton gun, and  evidence collected in Lawrence’s first marijuana bust."  Also:  "Visitors to the exhibit can watch anti-drug PSAs from the 1980s and 90s, and take their mug shot in the exhibit’s photo booth." 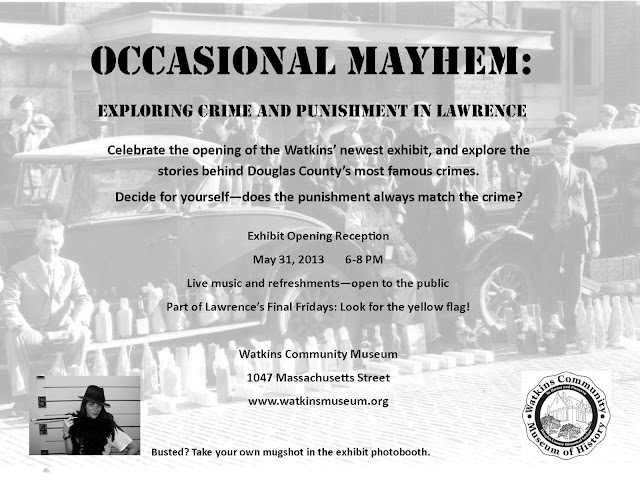 And over in ELFK, "the boundaries between body and landscape will blur" at The Invisible Hand with Danielle Nichole Peters' Hibernaculum, which includes a "site-specific structure" built into the gallery's skylight.  The FB event page is  here

It's also worth noting that the Hand's recent Troy Moth show was featured this week in the prestigious art magazine High Fructose, so that's pretty cool.   Check it out here.

And what else is going on in ELFK's Warehouse Arts District?  Is the fucking Cider Gallery still open?  Have they sold any of those $40,000 paintings yet?  Head over there and check it out and let us know what you discover.

Our pals at EMU Theatre sure do take care of their own.  Another benefit is scheduled for the recently injured Andy Stowers on Saturday.  This time it's a "staged concert" of their 2005 rock opera Johnny Butts.  They're even taking over the main stage at LAC for this.  It's a "donate what you can" event with no set admission charge, but don't be stingy, scenesters.  Visit the FB event page here